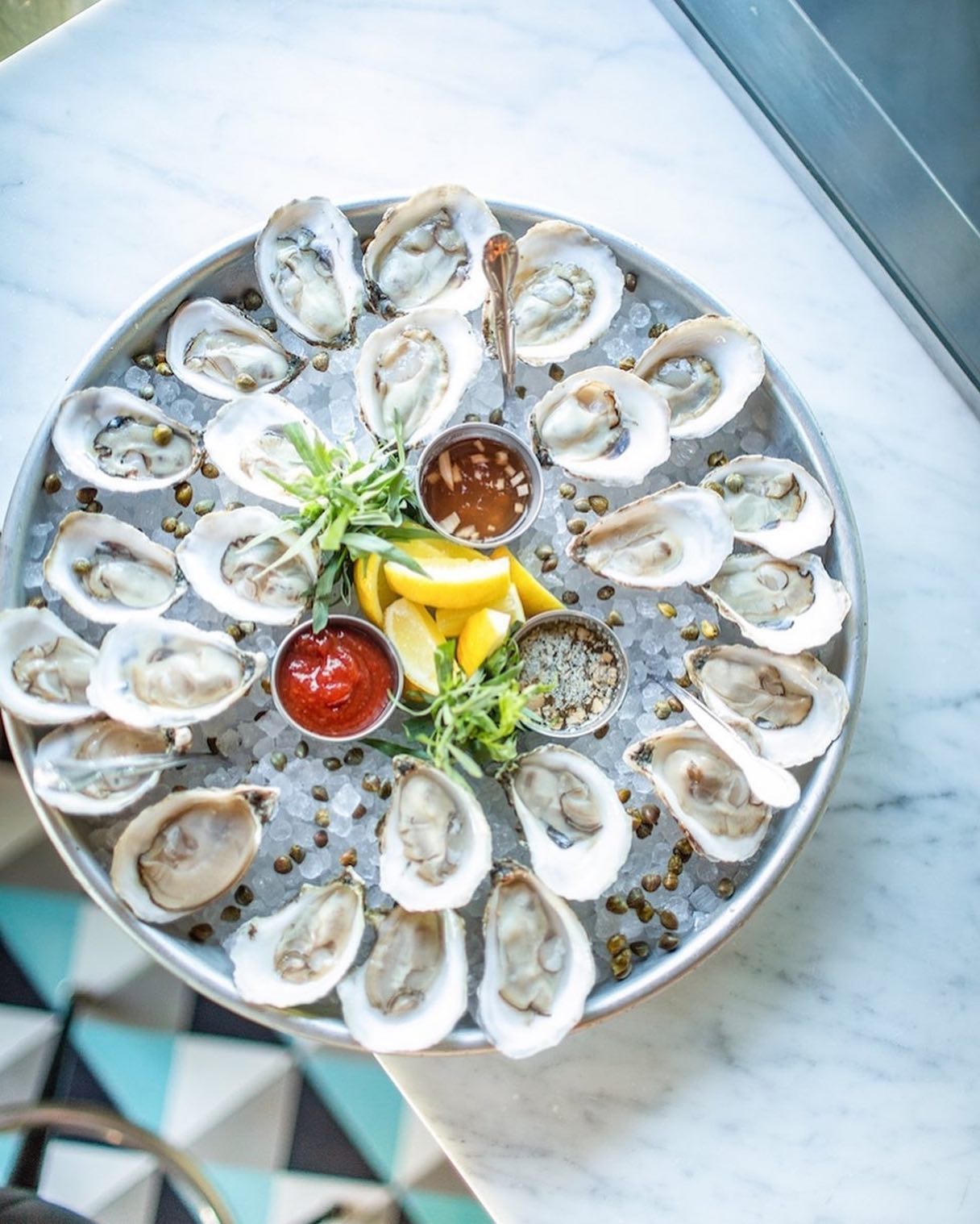 Oysters Rockefeller as we know it today dates back to the 1880s.

Antoine Alciatore, a New Orleans restaurant owner, was known for his dishes made from snails. However, there was a shortage of European snails in the 1880s, which led Antonie Alciatore’s son Jules Alciatore to use locally sourced oysters.

The dish included a butter sauce with green vegetables and was incredibly rich in flavor. That is why the dish itself was named after the wealthiest man of the time, John D. Rockefeller.

Oysters Rockefeller was a hit and grew in popularity all across the United States. Today, the dish is still a popular menu item at a variety of restaurants. Different chefs use their own recipes to craft the dish, but they all have the same common flavor infused in them.

To celebrate National Oysters Rockefeller Day this year, visit Salt & Barrel. Our oyster and craft cocktail bar is the best place in Bay Shore to dine on some mouth-watering oysters. Consider ordering our Pernod Oysters on January 10, which are made with bacon, creamed spinach, Panko bread crumbs, and lemon. You should also think about stopping by during happy hour between the hours of 3 and 6 p.m. for half-priced oysters and drink specials.

This January 10, celebrate National Oysters Rockefeller Day with Salt & Barrel! You can find our oysters and craft cocktail bar at 61 W. Main St. in Bay Shore, NY. We can also be reached by phone at 631-647-8818.