Do you know the history of New York and its oysters? It’s a very long one by American standards. In fact, it dates to colonial times when the popularity of oysters led the Dutch colonists to place restrictions on oyster harvesting due to overproduction in the 17th century. This is WAY before staple foods like pizza, hotdogs, and pretzels became the pillars of popular New York dining. 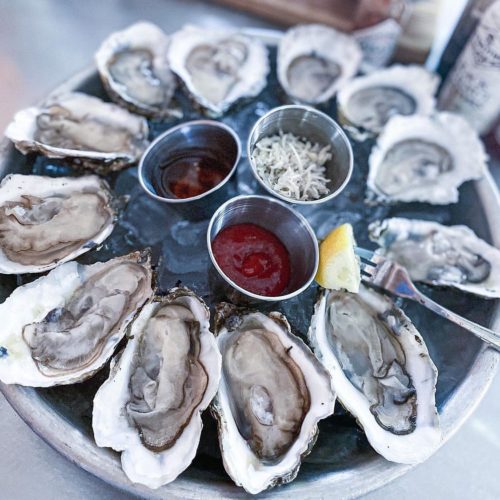 Initial explorations for oysters in New York Harbor were much more geared toward pearl discovery. Alas, for the pearl hunters, the oysters turned up empty for jewels, but they did manage to gather a tasty dish, nevertheless.

Oysters were such a big hit that in 1704, absent anything better to do with all the used oyster shells, New York construction firms turned the shells into a mortar paste used to erect buildings like Trinity Church. That was an interesting side effect of the oyster fever, and it wasn’t even limited to New England. Other places like Colonial Williamsburg, Virginia did this as well. After a while, oyster lovers realized it would be easier just to dump the shells back into the sea.

Nowadays, oyster-dish variations include everything from oyster pie to Shrewsbury to Buzzard Bays. The service complexity has evolved a lot but there has always been a perennial love for shellfish. Back in the 1800’s oysters were such a hit at “oyster cellars” like Thomas Downing’s Oyster House, the city could have been known as the Big Oyster rather than the Big Apple. Shortly after 1825, Downing made his way to Canada, and ultimately New York, via the Underground Railroad to make a huge impact on both the oyster business as well as the black suffrage movement.

Were there any drawbacks to oyster fishing in New York Harbor? Well, unfortunately, because of excessive fishing, sewage pollution from harvesting operations began to take a toll on the availability of clean oysters around the Roaring ’20s. At that point, oysters in the harbor were no longer edible, a persistent problem to this day. 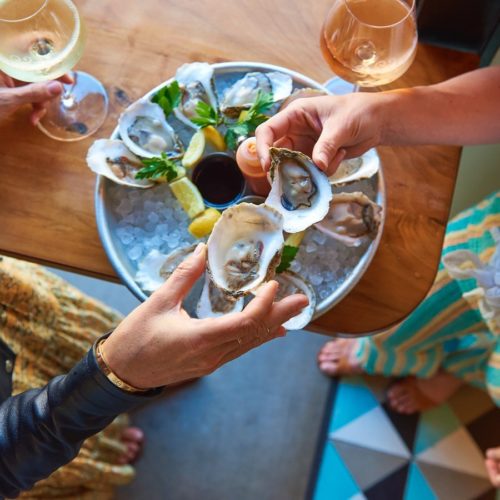 Now there are significant efforts to restore the oyster beds in New York Harbor, but it’ll still be a long time before anything close to 19th-century harvesting might resume. In the meantime, while restoration efforts continue, local oyster production tends to come from Long Island, Mattitock, and Fire Island.

Oysters continue to be a huge draw for New York’s seafood lovers. We love seafood lovers, which is why EVERY HAPPY HOUR, Salt & Barrel offers HALF-PRICED OYSTERS. That’s available Wednesday through Sunday from 3-6 p.m. as well as 4-6 p.m. on Mondays. Come by during Happy Hour and rediscover New York’s oyster craze!