Salt & Barrel Oyster and Craft Cocktail Bar is an outstanding restaurant in Bay Shore. If you’ve ever dined at Salt & Barrel, you may have been curious as to who is preparing your meal. Meet our chef Maximillion Manthos! 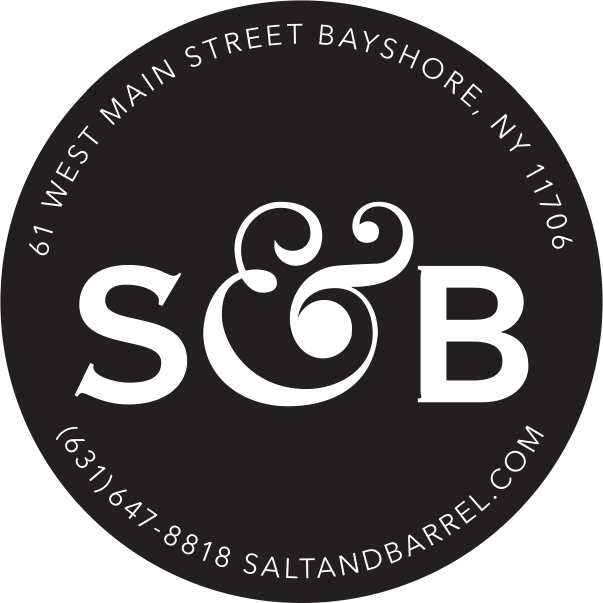 Chef Max was born and raised in Bay Shore, Long Island, New York. His household is both Sicilian and Greek, and food means everything to his family. “For us, a meal signified many different things such as a way of gathering to celebrate, a lesson on skills, a peace offering, or a way to heal the sick,” he said. “I have spent so much time in the kitchen on my own and learning from family members, but the most nostalgic lessons were from my grandparents. At an early age, they taught me how to catch, grow, and cook my own food.”

When it came time for Chef Maximillian Manthos to pick a direction to go with food, he decided to study at The Culinary School at the NY Institute of Technology. After graduating, he worked at his Aunt’s Patisserie in Babylon, where he learned the art of baking. He started working as a dishwasher and went on to become the prep assistant. After a few years of working in the baking industry, he decided to get back into cooking. He started a job at a French-based high-end restaurant in Bay Shore making appetizers and desserts. After working there, he found himself in Honolulu, Hawaii working as a line cook at The Original Roy’s and 12 Ave. Grill. Then, he helped open Salt Kitchen and Tasting Bar and worked as a pastry chef.

After spending a few years soaking in the sun and surf of Hawaii, he decided to return home to his family in Bay Shore. It was when he returned home that he started working as chef de cuisine at a local French-based high-end restaurant and eventually moved on to become the executive chef of Salt & Barrel. You can try his creative American cuisine, which is seafood inspired by local farmers and fishmongers when you visit Salt & Barrel. We are located at 61 West Main Street in Bay Shore, New York!